The 9 Best Places for Live Theater in Iowa! 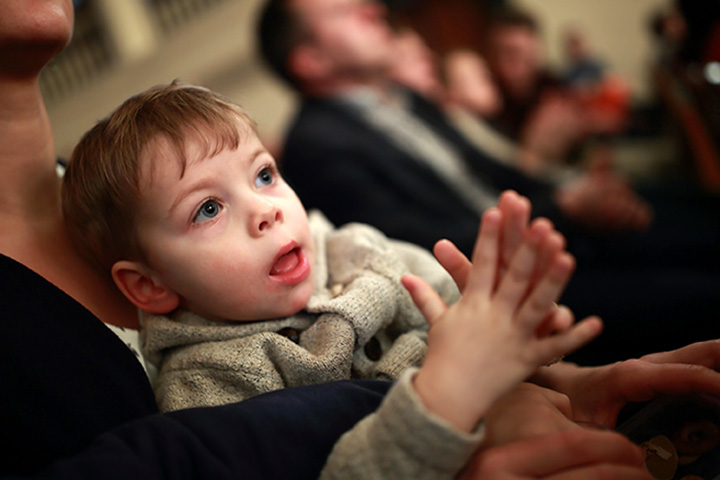 Whether you are aiming for more of an intimate experience in the community theater, or you want to catch the latest and greatest touring Broadway plays, Iowa has just the ticket for you. To explore the many different avenues that live theater can take you, a good place to begin looking for your next favorite show is by checking out these 9 best places for live theater in Iowa.

Iowa Stage Theatre Company has been providing cutting-edge, local performances to the Des Moines community since 1996, and as of recently, you can catch their social commentary and engaging performances in the Kum & Go Theater, located within the Des Moines Social Club on Mulberry Street. You’ll find something you’ll never see elsewhere with the StageWest Theatre Company, and that is members of the community sharing a unique story with everyone in the audience of this cozy performance space. Check it out yourself, and be part of the story with Iowa Stage Theatre Company.

One of the main destinations in the Quad Cities for performing arts, the Adler Theatre of Davenport brings to town the latest and greatest Broadway performances and touring acts. Featuring musicals, symphonies and fun shows for the whole family, the Adler Theatre provides a comfortable atmosphere to enjoy professional shows throughout the year in their beautifully restored theater. Whether it’s a monthly outing or a once-a-year special event, make sure to find the time to catch a live performance and great time at the Adler Theatre in Cedar Rapids.

The Civic Center of Greater Des Moines, located on Walnut Street, is Iowa’s premier venue for nationally touring Broadway performances and other intimate live theater productions. Featuring the latest and greatest performances, a trip to the Des Moines Civic Center is a real treat for theatre goers of all ages, and with a wide variety of performances happening throughout the year, don’t be surprised by the many times you will enjoy catching a show at the Civic Center.

Built amongst all the extravagance of the 1920s, the Paramount Theatre on Third Avenue in Cedar Rapids is not only listed on the National Register of Historic Places, but is also treats audience members to the most current cultural performances of our present times. Once a decadent motion picture movie theater, this renovated live performance space is an enchanting place to catch Broadway musicals, nationally touring musical acts and all sorts of live theater performances to keep you entertained throughout the year.

1932 SouthWest 3rd Street, Ankeny, IA
About Us: Ankeny Community Theatre has provided live theater in Ankeny since 1981. ACT is committed to educating and entertaining the Ankeny commu... Read More

2100 SE 5th, Des Moines, IA
Mission:Iowa Dance Theatre is committed to bringing the talents of dance artists in Iowa to the attention of the general public. Through their part... Read More

912 Walnut Street, Des Moines, IA
From the turning of the first spade of dirt in 1911 to its completion in May 1913, the Masonic Temple captivated Des Moines. Newspapers chronicle... Read More

831 42nd Street, Des Moines, IA
The Playhouse's mission is to partner with volunteers to create and deliver extraordinary theatre and education programs for communities in central... Read More

3308 Melanie Drive, Urbandale, IA
We are a non-profit community theater organization based in Urbandale, Iowa. Our mission is to provide creative and cultural opportunities to the D... Read More

818 Story Street, Boone, IA
Vision: Our vision is to give our customers a big city cinema experience in a more personalized environment, all at a fair price. Read More

106 South Webster Street, Boone, IA
About Us Boone Community Theatre was formed in 1975 and has gone through many changes to reach its current status. In 2005 we  purchased the ... Read More

P.O. Box 442, Grinnell, IA
About Us : The Grinnell Community Theatre (GCT) consists of a volunteer board which produces and occasionally sponsors theatrical activity in Grin... Read More

516 2nd Street, Traer, IA
The Traer Theatre is a community-owned, non-profit organization, operated by a volunteer Board of Directors. It was created for the purpose of prov... Read More
Show More
Select a Iowa town to find
the Best Things-To-Do and Places To Go around you