The 10 Best Historic Theaters in Iowa! 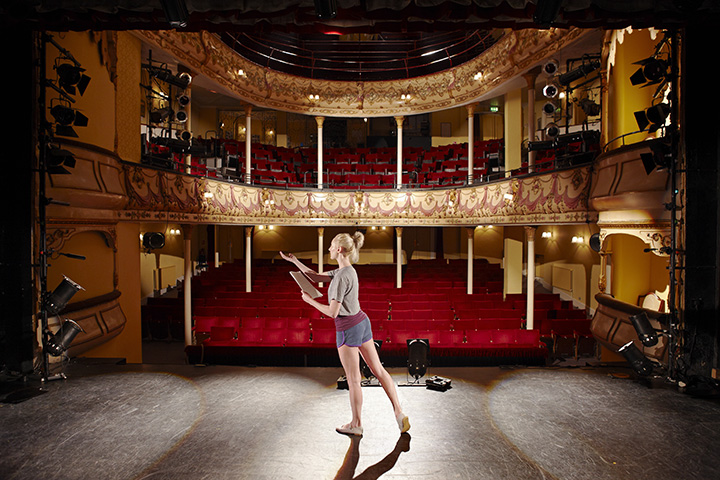 Across the state of Iowa, historic theaters stand tall among cities and are tucked away in quaint towns—providing much more of an experience than just catching a live show. From opera houses to vaudeville theaters, catch a memorable live performance at one of these 10 incredible historic theaters in Iowa.

First opened in 1912, the Englert Theatre of Iowa City has spent the last century as one of the finest theaters in Iowa. Featuring local, regional, national, and international performances, including movies and a wide range of entertainment, the Englert caters towards University of Iowa students and Iowa City community members alike. Stepping inside the Englert, it’s easy to feel the abundance of history that has shared the stage and seats of this historic theater.

The stage is set for Don McLean. Photo: @_for_petes_sake_

Owned and operated by the city of Cedar Rapids, the Paramount Theatre hosts over a thousand seats in a decadent and restored historic theatre. All types of acts take the stage at the Paramount, including music performances, stand-up comedy and variety of variety shows. The historic theatre’s primary tenant, Orchestra Iowa, puts on professional shows throughout the year.

Originally a family-home built in 1887 for the prominent Des Moines community member Hoyt Sherman and his family, Hoyt Sherman Place stands today as one of the most popular entertainment venues in Des Moines. Nestled on a hill in the Hoyt Sherman neighborhood, this refurbished and restored theater features local, regional and world-touring performances on their luxurious hardwood stage.

Originally known as the RKO Orpheum Theater when it opened in 1931, the now-named Adler Theatre stands as one of the most beautiful historic theatres in the state. After some major renovations and restorations in the 1960s, the Adler Theatre reopened to the public in the same Art Deco-style it was originally created with. Today, patrons can enjoy the radiating aesthetics while watching regional, national and world-class performances and shows.

First opening on Main Street of Garner in 1931 as a single-screen movie theater, the Avery Theater made its way back into the 21st century with a reopening in 2013. Much of what made Avery Movie Theater a popular place in 1931 remains today, including cozy confines and new movies every Friday. Avery Movie Theater still has a show every day (except Monday) at 7 p.m., and admission for adults is only $4 (not including popcorn).

Built approximately before the turn of the 20th century, the Iowa Theater of Winterset has remained opened nearly continually for the past 100-plus years, effectively chronicling the history of cinema and live entertainment. From silent movies to the talkies, and featuring vaudeville and variety acts, still to this day, you can find a wide range of entertainment at the Iowa Theater, and a theater ambiance that has stood the test of time.

Serving as the only movie theatre in Delaware County, the Castle Theatre is over 80 years-old, and much of what has kept the doors open to this historic movie theatre all these years, can still be found with the price of admission today. For just $4, adults can catch some of the latest movies and cinema technology in this antiquated theatre ($3 for children), and alongside the show, every who visits always enjoys the historic decor.

What started as a grocery store location in the 1930s was then transformed into the Capitol Movie Theater in 1937. After 40 years of entertaining the public, the Capitol Theater shuttered its doors in 1977, remaining vacant for over 30 years until a grand re-opening and restoration in 2012. Today, the Capitol Theater is still a great place to catch a movie, and to check out the variety of performance arts that come across the stage.

1932 SouthWest 3rd Street, Ankeny, IA
About Us: Ankeny Community Theatre has provided live theater in Ankeny since 1981. ACT is committed to educating and entertaining the Ankeny commu... Read More

2100 SE 5th, Des Moines, IA
Mission:Iowa Dance Theatre is committed to bringing the talents of dance artists in Iowa to the attention of the general public. Through their part... Read More

912 Walnut Street, Des Moines, IA
From the turning of the first spade of dirt in 1911 to its completion in May 1913, the Masonic Temple captivated Des Moines. Newspapers chronicle... Read More

831 42nd Street, Des Moines, IA
The Playhouse's mission is to partner with volunteers to create and deliver extraordinary theatre and education programs for communities in central... Read More

3308 Melanie Drive, Urbandale, IA
We are a non-profit community theater organization based in Urbandale, Iowa. Our mission is to provide creative and cultural opportunities to the D... Read More

818 Story Street, Boone, IA
Vision: Our vision is to give our customers a big city cinema experience in a more personalized environment, all at a fair price. Read More

106 South Webster Street, Boone, IA
About Us Boone Community Theatre was formed in 1975 and has gone through many changes to reach its current status. In 2005 we  purchased the ... Read More

P.O. Box 442, Grinnell, IA
About Us : The Grinnell Community Theatre (GCT) consists of a volunteer board which produces and occasionally sponsors theatrical activity in Grin... Read More

516 2nd Street, Traer, IA
The Traer Theatre is a community-owned, non-profit organization, operated by a volunteer Board of Directors. It was created for the purpose of prov... Read More
Show More
Select a Iowa town to find
the Best Things-To-Do and Places To Go around you