The 7 Best Comedy Spots in Iowa! 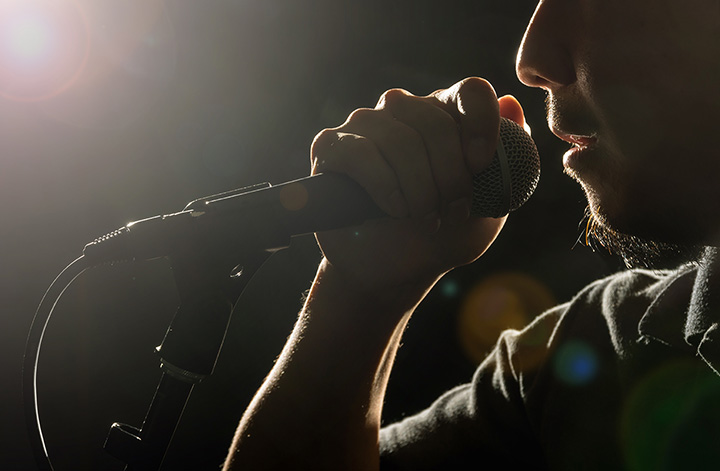 Iowa knows how to bring the laughs. From national venues to underground comedy shows, the state of Iowa is stacked with all sorts of comedy clubs and venues to keep you in your seat the whole night through. Whatever type of show you see, in whatever unique venue Iowa has to offer, know that entertainment is close at hand with any of these 7 best comedy spots in Iowa.

One of the first names in comedy clubs in Iowa is the Des Moines Funny Bone located in close proximity to the Jordan Creek Mall in West Des Moines. Featuring national-touring comedians and locals that are sure to get a laugh, The Des Moines Funny Bone has everything you’d expect from a quality comedy club including a comfortable atmosphere, a full bar and some of the best acts you can see onstage anywhere else in the nation.

Located within the Mississippi Moon Bar at the Diamond Jo Casino in Dubuque, it’s a safe bet that even if you’re not a gambler, you’ll find some first-class entertainment at the Laughing Moon Comedy Club. Featuring shows and stand up, the Laughing Moon Comedy Club serves up the talent every Wednesday night with two entertainers taking the stage, making a trip out to the Diamond Jo Casino a potentially weekly voyage.

Showcasing shows and variety hours over stand up, The Talent Factory out of Nevada isn’t your typical comedy club, but it is guaranteed good for some laughs. Whether you catch a magic comedy routine or go see the regulars do their thing with their monthly variety show, you can rest assured that this family-friendly venue will be well worth your time spent laughing in your seat.

Not strictly classified as a comedy club, the reason why Hoyt Sherman Place in Des Moines is on this list is because they bring some of the biggest touring comedy acts in all the state of Iowa. Between musical performances and community events at this historic theater on Sherman Hill in Des Moines, you can find acts such as Dave Chappelle and John Mulaney, but you have to act quick, because tickets for these events seem to snap up the moment they are available.

Another historic venue not always associated with comedy, the Englert Theater in Iowa City has seen some significant stand-up comedians on their renovated stage. While the Englert really specializes in live concerts and featured shows, if you are looking for a high-quality night out watching someone who can really make you laugh, then look no further than the marquee outside of the high-class Englert Theater.

Every college campus requires an outlet for future stand-up stars to shine, and for the University of Northern Iowa in Cedar Falls, that outlet is the Octopus College Hill bar and performing space. Featuring open mics and comedy showcases, besides being a great place to hear a joke or two, the fun and friendly atmosphere of Octopus College Hill will have you wanting to stay and order a few more drinks after the comedy show is over.

View more Iowa Comedy Clubs.
Select a Iowa town to find
the Best Things-To-Do and Places To Go around you